Our commitment to you, during the COVID-19 crisis

A message from our CEO, José Duarte

The Defense Information Security Agency (DISA), the group that is responsible for facilitating and securing the Defense Information Systems Network (DISN) for the United States' Department of Defense (DoD), recently announced that they would be partnering with the U.S. Army and Air Force to overhaul their widespread VPN networks.

To do this, DISA will by deploying 11 joint regional security stacks (JRSS) that will help modernize the existing VPN currently operated by DISA's Joint information Environment (JIE). 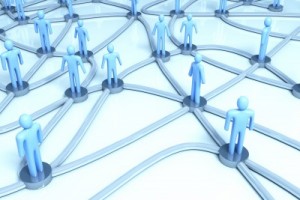 Along with 16 other IT providers — including VAE Information Technology and Norsemen Defense Technologies — InfoVista was chosen as the marquee vendor for the project, which utilizes our end-to-end network performance management solution to help modernize DISA's aging security network. With a holistic view of each vendor's input, InfoVista can monitor network performance and troubleshoot problems proactively.

A JRSS helps to facilitate a bevy of security protocols that are imperative to not only ensuring information can travel freely over the JIE, but also implements vital security protocols for sensitive information. Among the functions that the 11 JRSS stacks will be responsible for managing are firewall implementation, intrusion detection and prevention, enterprise management, virtual routing and forwarding (VRF) and other capabilities that will prime the network for success.

Once the implementation of the JRSS is complete, the DoD's security architecture will be simplified heavily — and therefore be far more defendable — with the 700 internet PoPs worldwide currently on the network slimmed down to just 23.

All of this will be managed on InfoVista's service assurance platform, which is designed to support CSPs and large enterprise IT organizations that require diversified services and industry-best QoS and QoE while juggling complicated budget restrictions.

In the past, the DoD operated locally distributed architectures at each military base, post, camp or station, which prohibited fluid connectivity across all military operations. By establishing JRSS, network security is centralized into regional architectures that embrace wider connectivity while putting data protection at the fore.

DISA has already completed 10 of the 11 planned JRSS, each of which will be comprised of equipment racks that are enabled to handle big data analytics. This allows the DoD and each of its components to intake a large set of data to the cloud, process sensitive government data in a secure environment and empower analysts to work with it.

The goal of the whole undertaking is to centralize the Army's existing perimeter security infrastructure by whittling down hundreds of local security stacks into each of the 11 JRSS within the continental U.S., ultimately serving U.S. Central Command.

InfoVista has been asked to aid in network management for a bevy of different organizations, ranging from government bodies to private enterprises. To get a different perspective on how our services can streamline network operations, read our recent blog post discussing our work on Wind River's Titanium Server.