The Critical Role of Heterogeneous Networks in Public Safety

“The importance of in-building communications for the public and public safety has never been more critical than it is in today's world.”
~ Executive Director, Chief Alan Perdue, Safer Buildings Coalition

There are many types of disasters, from natural disasters of fire, flooding, hurricanes, tornadoes, earthquakes, tsunamis, and volcanoes, to man-made disasters such as gas line explosions, nuclear power plant explosion, chemical or biological contamination, fire, domestic and international born terrorism, and, yes, even war. 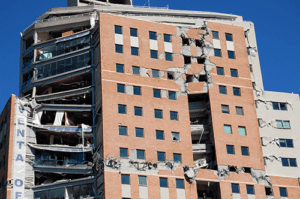 One thing most natural and man-made disasters have in common: People trapped in, under, and around buildings during a devastating emergency. Unfortunately, most commercial buildings around the world today are not planned and designed with dedicated indoor cellular-network systems in mind, making those who live, work, and play in these commercial buildings, as well as the emergency responders who are often required to enter these buildings in search of people, at higher risk of serious injury and even death during a disaster. For this reason, many building codes, including the International Building Code, now require reliable, quality indoor cellular connectivity for both the public and emergency responders. To ensure this reliable in-building cellular connectivity, it is necessary that building owners and managers, government agencies, and mobile network operators deploy optimally-designed heterogeneous networks (HetNets) in and around all commercial and government buildings. In Part I of this blog on the critical role of heterogeneous networks in public safety, we will take a look at the types of disasters that put the general public and emergency responders at risk in and around buildings, and the need for emergency preparedness plans to include design and deployment of HetNets.

“It's not a question of if, it's a question of when” says renowned physicist Michio Kaku, who, along with seismologists, predicts the United States is overdue for an earthquake and accompanying tsunami of colossal magnitude along the 700-mile long Cascadia fault line off the Pacific Northwest coast (Kashdan, 2015). The federal government estimates this devastating natural disaster could result in 13,000 deaths and 27,000 injuries (Kashdan, 2015). This is just one of several major natural disasters predicted for the near and not-to-far future. Other natural disasters predicted by scientists include: The potential disintegration of the West Antarctic ice sheet, causing sea levels to rise globally as much as 12 feet, devastating coastal cities (Gills, 2016); a potential devastating 40-mile-long mudslide in Washington State as a result of an eruption of the volcano Mount Rainier (Gorman, 2006); a 3000 foot high tsunami wave hitting the East Coast as a result of Cumbre Vieja in the Canary Islands breaking up during an earthquake, sending one third of the mountain into the Atlantic Ocean (Gorman, 2006); earthquake shockwaves bringing devastation up the Mississippi River Valley to St. Louis and downriver to Memphis, Tenn. (Gorman, 2006); and, a 195-MPH hurricane hitting along coastal zones from Texas to North Carolina, gutting oceanfront condos up to the third story with 15 foot storm-surge waves, and blowing out windows in the highest floors of high-rise buildings (Gorman, 2006). 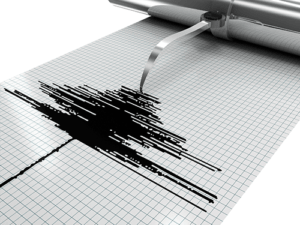 In addition to natural disasters, there are many man-made disasters that place the general public and emergency responders at risk of harm or even death in and around buildings, including building fires. From 2006 to 2010, U.S. fire departments responded to an approximate average of 3,700 hotel or motel fires, resulting in 12 deaths, 143 injuries, and $127 million in property damage each year (NFPA, 2016). U.S. fire departments also responded to an estimated annual average of 5,960 structure fires in educational properties from 2007 to 2011, an estimated annual average of 3,870 structure fires in campus and dorm buildings from 2009 to 2013 (NFPA, 2016). Fire disasters have also occurred in oil refineries, high-rise buildings, and nightclubs and other assembly occupancies (NFPA, 2016). Mass shootings in educational facilities and in other buildings are also man-made disasters. In Erfurt, Germany in 2002, 13 teachers, two students, and one policeman were killed, and ten were wounded, during a mass shooting in a secondary school (Infoplease, 2016). In Blacksburg, Virginia, in 2007, the most deadly mass shooting in U.S. history took place in a Virginia Tech classroom building, leaving 32 dead and 15 wounded (Infoplease, 2016). In 2012, in Aurora, Colorado, during a midnight movie, a lone gunman opened fire on movie watchers, leaving 12 people dead and 38 wounded (Infoplease, 2016). And in 2013, in Nairobi, Kenya, Shabab militants took control of an upscale mall by force, killing nearly 70 people and wounding about 175 (Infoplease, 2016). These are just some of the mass shooting catastrophes taking place in various buildings over the years. And lest we forget, terrorism has plagued the world on multiple occasions, resulting in mass casualties due to complete or near-complete destruction of large buildings. Many will never forget the Oklahoma City, Oklahoma (U.S.) bombing in 1995 (I personally worked in a building about 3 miles away from the bombing that day), which left 168 people dead and hundreds more injured (A&E Television Networks, 2016b), and the atrocious terrorist attacks on 9/11 in the U.S., destroying the 110-story Twin Towers and a large portion of the Pentagon, leaving over 3,000 people dead, 400 of whom were emergency response personnel (police officers and firefighters) (A&E Television Networks, 2016a).

Some of the tallest buildings in the world are used for office, residential, and hotel purposes, ranging from the 41 floor Kingdom Centre in Saudi Arabia to the 163 floor Burj Khalifa in Dubai (Council on Tall Buildings and Urban Habitat, 2016). Since most humans spend most of their time living, working, and playing in buildings, including hotels and casinos, corporate buildings and campuses, college and university campuses and dorms, hospitals, high-rise apartments, airports, workplaces like oil refineries, warehouses and distribution centers, and in other buildings serving a variety of purposes, these disasters, natural and man-made, are likely to impact those in and around buildings, especially in densely populated urban areas. For example, structural collapses are responsible for 75% of deaths in earthquakes (Coburn, 1992). One common saying sums it up: “Earthquakes don't kill people, buildings do.” However, anywhere from 10% to 75% of occupants can be trapped in the rubble following an earthquake (Coburn, 1992), with survival rates decreasing each day, especially since people typically can only survive an average of three to seven days without water (BBC News, 2016). However, while many disasters are not preventable, especially natural disasters, all disasters can be prepared for in advance.

Emergency Preparedness Indoors and Out

Emergency preparedness is critical for ensuring that everything possible is being done to protect and save human lives and property in times of disaster. “Emergency preparedness can be defined as preimpact activities that establish a state of readiness to respond to extreme events that could affect the community” (FEMI, 2015). According to the FEMA Emergency Management Institute (FEMI), “the primary goal of the emergency response is to protect the health and safety of the emergency responders and the public” (2015). It is for this reason that a solid emergency preparedness plan be created for every public, enterprise, and federal building facility, a plan that must include ensuring the ability for civilians and emergency responders to communicate from inside to outside buildings, from outside to inside buildings, in underground parking garages and tunnels, and even when trapped beneath rubble. 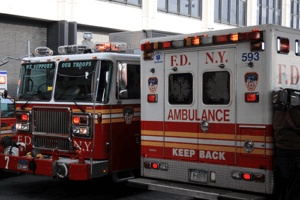 Unfortunately, according to a study sponsored by CommScope and carried out by the independent research firm Coleman Parkes, which surveyed professionals in Europe and the U.S. that included building managers, facilities managers, real estate managers, and architects, about 98% of commercial buildings do not have dedicated systems to guarantee indoor cellular coverage, and that about 52% of architects plan and design buildings without considering dedicated in-building cellular networks (Kandasamy, 2016). This means that the general public and emergency responders are at risk today when going into and out of commercial buildings. Emergency preparedness, therefore, especially with respect to indoor wireless connectivity, must include a plan to design and deploy reliable, dedicated indoor-outdoor cellular voice and data connectivity. This dedicated indoor-outdoor network must include a combination of multiple technologies, including Wi-Fi, distributed antenna systems (iDAS & oDAS), and small cells, a network known as a heterogeneous network (HetNet). In essence, HetNets save lives. Optimally-designed HetNets help increase the likelihood of survival in times of disaster. HetNets help ensure people are able to call for help, notify loved ones of their situation, and receive vital information from the outside world. HetNets help ensure emergency responders are able to communicate from the inside to the outside, from the outside to the inside, and to have access to important data when searching for and rescuing those who are trapped.

Part II of this blog is titled: Designing and Deploying HetNets for Emergency Preparedness. In Part II, we will take a deeper look at building code requirements for public safety frequencies and signal strength, as well as requirements supporting general public wireless connectivity in-building, and how HetNets must be designed and deployed to meet those requirements.