With multiple use cases yielding substantial cost savings, forcing features (or control functions as they are sometimes called) have been an important value-add for any engineer using commercial devices to test quality of experience in wireless networks.

Forcing features enable engineers to test networks in a non-intrusive fashion, where the alternative would be to change networks settings, test during odd hours or even de-commission sites temporarily. All of the alternatives are costly and error prone in comparison. 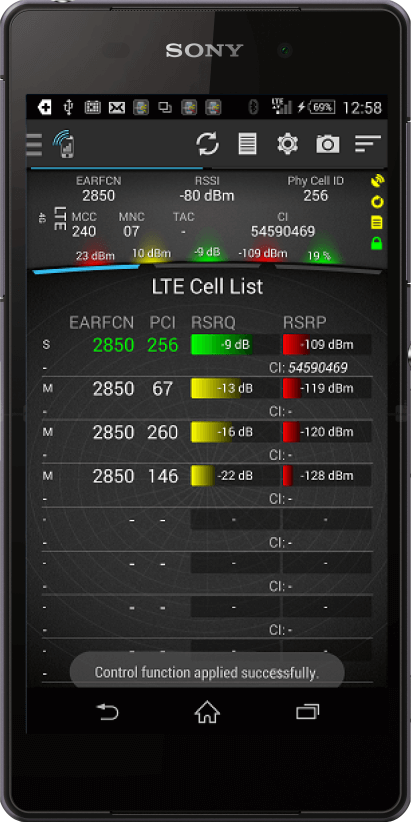 A Variety of Options

Some forcing features come in a variety of flavors, with the most commonly used set available in devices using the Qualcomm chipset. These were primarily designed for use in a lab environment but have use cases for adoption during optimization and troubleshooting in the field. Example features include locking the device to a specific RAT, band or channel (UARFCN, ARFCN, EARFCN).

For decades, TEMS Sony devices have been able to offer a range of forcing features that are not available anywhere else in the market, going beyond what's available from the chipset manufacturer. These are custom-built by Infovista for the purpose of network testing, going beyond the lab, and made possible through our unique expertise and relationships with device and chipset manufacturers. There is no other test device which contains all forcing features in a single device, further reducing cost and complexity.

Being tailored for the purpose of optimization and troubleshooting means certain TEMS Sony control capabilities have a technological edge that is not available elsewhere, translating into more time and money saved for our users.

We're also happy to announce support for advanced (i.e. not just RAT or band) forcing features on Samsung's proprietary baseband chipset, often referred to as Shannon (frequently found when Exynos is listed as the CPU for the mobile). It is primarily found in, but not limited to, Samsung devices for the European and Asian market. Infovista is currently the only vendor in the market that supports these advanced features on the Samsung chipset.

The forcing features enabled on selected TEMS devices running the Shannon chipset include, but are not limited to, locking to RAT, band, cell and channel for WCDMA, LTE and GSM. These forcing functions on Samsung's own modem are all possible to automate via scripting, interleave and applying in real-time without rebooting the test device.

Unique forcing features, e.g. cell locking, will initially be available on selected Samsung Galaxy S6 Edge+ and, of course, for the highly anticipated flagship from Samsung, the Samsung Galaxy S7.

Qualcomm-based Samsung S7 models will  continue to support the forcing features already established on the majority of Qualcomm based test devices.

Infovista is continuously finding new ways to unlock or develop forcing features on the latest devices. We are dedicated to our mission of bringing speed and simplicity to everyday network testing challenges.