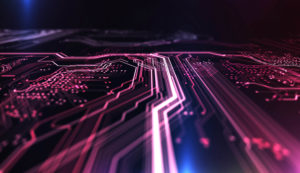 Last week I attended the WAN Summit in London and three weeks before, the SD-WAN summit in Paris. At both events I was keen to get the enterprise perspective on SD-WAN technology and understand their business objectives that are driving them towards adoption - as well as the challenges they face along the way.

Unfortunately Paris was rather a vendor-fest with few customers walking the booths and the conference stage. However, the WAN summit in London was better, with some good use-case examples on the first day - particularly the session with Gary Holland of GE Digital and Robert Wysocki from Microland.

In their presentation entitled "SD-WAN Roll Out Pitfalls and Challenges" the audience were given a warts-and-all description of the driving factors that pushed GE Digital towards SD-WAN and the issues they faced along the way. After deploying a new UC platform, GE received a number of complaints from various branch offices regarding quality and availability of the service, which drove the company to assess the underlying causes.

GE came to the conclusion that their existing method of traffic management was not suitable for the current requirements. They were faced with a complex legacy network through which they were "tromboning" traffic to their data centres - causing horrendous latency-based issues with UC traffic. Sites in Africa were particularly affected, with around 200ms added in to the loop.

Subsequently they decided to change the way they managed their traffic through the adoption of an SD-WAN in certain areas, which allowed them to control the path of application data from the branch to either the DC or a local breakout. This hugely improved quality of experience for many applications and GE is aggressively expanding this approach to new sites.

Reflecting on the whole process, Gary Holland used the phrase "you need to know your network" which was rather satisfying since it is Infovista's new tagline. Props to our marketing team.

There were some varied opinions from the service provider camp. Matthias Zimmerman of NTT said that SD-WAN is usually deployed where there are application problems, and that ROI needs to be determined before any roll out takes place.

GTT's Samir Desai noted a generally cautious approach to deployment, and Andy Gottlieb of Talari estimated 60% of their customers were looking to deploy SD-WAN alongside MPLS.

Responding to the question of whether service providers are interested in SD-WAN, given that it could erode MPLS sales, Jean Critcher of OBS said they were OK with this and wanted to be a partner to provide simply what their customers need, whether that be MPLS, SD-WAN or something else.

During the conferences there were some live polls with the audience which threw up some interesting results.

When asked what SD-WAN service feature is most important in selecting an SD-WAN vendor, it was a large spread between deployment model, price, monitoring and "other". In my view, given the context of many presentations I listened to, I would say application experience constitutes most of this category.

When asked what best describes the current stage enterprises were in regarding the adoption of SD-WAN, over 40% said they were actively researching their options, with others stating they had already piloted or deployed the technology.

Overall there were three factors that stood out as important to enterprises:

SD-WAN is really an umbrella term for a number of technologies that address these and other issues. It's clear that it has become a bona fide option in the networking world, and is being adopted by many enterprises who seek more flexibility and control than their current options give them.

In my view, for an enterprise it will always come down to the "why" - and I firmly believe that this is about user experience.

If your network is getting in the way of your business objectives, get in touch. Infovista's application intelligent, Ipanema SD-WAN technology serves over 800 customers worldwide in many vertical markets including manufacturing, retail, banking and logistics, delivering exceptional application performance for every user at every location, every time,

Andy Hall has worked in the telecommunications industry for 14 years, with stints at Nokia and Argogroup before becoming part of TEMS in 2008. His field of expertise lies mainly in quality of experience and service solutions and has worked with operators all over the world regarding this area.