Planning for Small Cells: How to Achieve the Promises of a HetNet Strategy

There was a noticeably high level of activity around small cells at this year's Mobile World Congress, begging the question: what are they exactly? The Small Cell Forum describes them as “low-power wireless access points that operate in licensed spectrum, are operator-managed and feature edge-based intelligence.” They clearly spell out the three types - from smallest (femtocells) to largest (metrocells & microcells).

The real buzz is around metrocells, which are urban cells that typically operate in the same licensed spectrum as the existing cellular network. The reason for increased interest in smaller cells lies in four main benefits:

It is important to remember that small cells are primarily deployed to build out cellular networks and capture more traffic, while providing relief for the macro layers of those networks. So, operators should first look into whether or not the networks are fully optimized and utilizing the entire available spectrum.  They must understand the true nature of small cells, how they interact with the current network and how they serve to optimize it, in order to fully realize these benefits. This knowledge will have a significant impact on operations, and could very well mean the difference between missed opportunities and potentially huge gains. When analyzing small cells deployment, three core conditions for success become apparent.

Condition 1: There Must Be Enough Traffic to Require Small Cells Deployment

Heterogeneous networks are more complex to operate and maintain — thus, a small cell layer should only be added if required. Once this is determined, it is important to find the areas where the traffic demand is so high that small cells can capture enough traffic to make them financially viable. Several technologies exist to model network traffic, however, none are perfect. Careful analysis of their limitations makes it possible to avoid costly mistakes. Advanced planning tools, such as Mentum Planet, that simultaneously consider multiple inputs, are often your best bet. 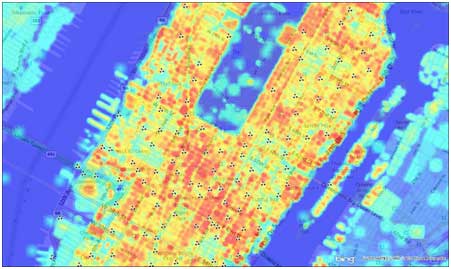 In a HetNet, a small cell will capture traffic that would otherwise be handled by the macro-cellular network. It relieves the macro layer from the traffic it captures and frees up significant resources. The amount of resources freed up depends on the area the small cell is deployed in. The traffic load (condition 1) and the spectral efficiency (condition 2) vary over area and time. The most effective approach is to deploy small cells in areas with low spectral efficiency, which is typical due to a combination of low signal levels and high interference levels. In an urban environment, you will find these conditions, for example, indoors and at the border between two cells in the macro layer.

Given the high cost of the macro-cellular network, it is very clear that the main benefit of small cells is the ability to free up capacity at the macro-network level. The locations of the small cells are therefore of tremendous importance.

For small cells to be financially appealing, they must carry a low price point for initial installation (CAPEX) and ongoing operation (OPEX) costs. As such, the installation approach must be streamlined as much as possible and the deployment constraints must be considered right at the core of the planning process. One critical constraint is the backhaul, considering the high number of small cells.

There are many solutions for backhaul, but four are of primary interest: fiber or cable points of presence, non-line-of-sight backhaul, line-of-sight microwave backhaul; either point-to-point or daisy-chained.  Depending on the layout of a specific area and the availability of fiber or cable points of presence, multiple solutions might be employed. In any case, it is important to identify early where small cells can be deployed from a transmission point of view. The design process really starts with the identification of possible locations for small cell deployments, which may be numerous or very limited, depending on the city. One example is to identify a subset of all light poles in a city with line-of-sight to at least one cell tower so that a line-of-sight microwave backhaul can be deployed. The sooner all constraints are take into account in the planning process, the more cost-effective the deployment will be. The constraints for the deployment of small cells are an inherent component of the planning process and the planning tool used must help identify and plan for the existence of these constraints. 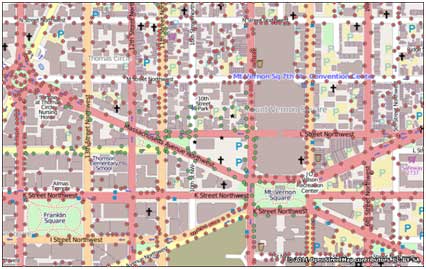 Join us for a webinar hosted by Gregory Donnard, Mentum Planet product manager, on how to use Mentum Planet to optimize small cell planning and deployment at 11 a.m. EST on Wednesday, March 20th at www.infovista.com/library/webinars.

Mrs. Wastegård serves as product marketing manager for mobile products at InfoVista. She joined the company following the Mentum acquisition in 2012. At Mentum, Mrs. Wastegård was responsible for coordinating cross-portfolio activities. She has extensive experience in product management and development of wireless planning products and services. Her career began at Ericsson, where she worked within the geodata area and also led a team that developed the company’s network planning methodologies. For 10 years, Mrs. Wastegård had a prominent role as product line manager in which she was responsible for developing the TEMS planning products, CellPlanner and LinkPlanner, at Ericsson. Mrs. Wastegård is located in Stockholm, Sweden. She has more than 20 years of experience in the telecommunications industry and presents at various industry events globally.