It's that time of year again. The frenzy of Barcelona and Fira Gran Via behind us, a neglected mail inbox now cleared, feet no longer sore, and some time to ponder all the inputs from the week; let's recap the event which has set the stage for 2016.

There is no shortage of recaps from MWC 2016 but each will offer you a different perspective. So, what did we takeaway from this year's show?
This year broke all records in terms of visitors to our booth in Hall 6. Compared to last year VoLTE is now much less of an exploratory subject. It's not about whether to do it and how, but rather to actually manage time to market and the cost perspective.

Don't get me wrong; VoLTE is still one of the hottest topics where we're continuously breaking new ground together with operators around the world. This year VoLTE is mission-critical for several operators and we have millions of subscribers using live commercial VoLTE services. This means it simply has to work!

What blows my mind is hearing, repeatedly over the past months, that some operators are considering skipping the test phase entirely, mainly due to cost, and go live more or less straight away with careful monitoring. This can have some serious implications for the subscriber experience, so a well-planned approach is essential.

My friend Jose Gonzales has an excellent article series, part 1 here, on this very topic which I very much recommend reading.

5G is Real, and Software is Eating the World

The community is getting better at cutting through the buzzwords and turning them into more concrete concept building blocks which we can expect will make up the next generation of networks. Alberto summarized the key topics in his post, many of which we saw demoed at MWC.

SK Telecom, which I think had one of the best booths at the show, showing VR, IoT-NB, 5G and more, were sending data at ~20 Gbps at 28 Ghz at one of their demo stations. Many exhibitors, such as Nokia, were there talking about network slicing, C-RAN and network virtualization. 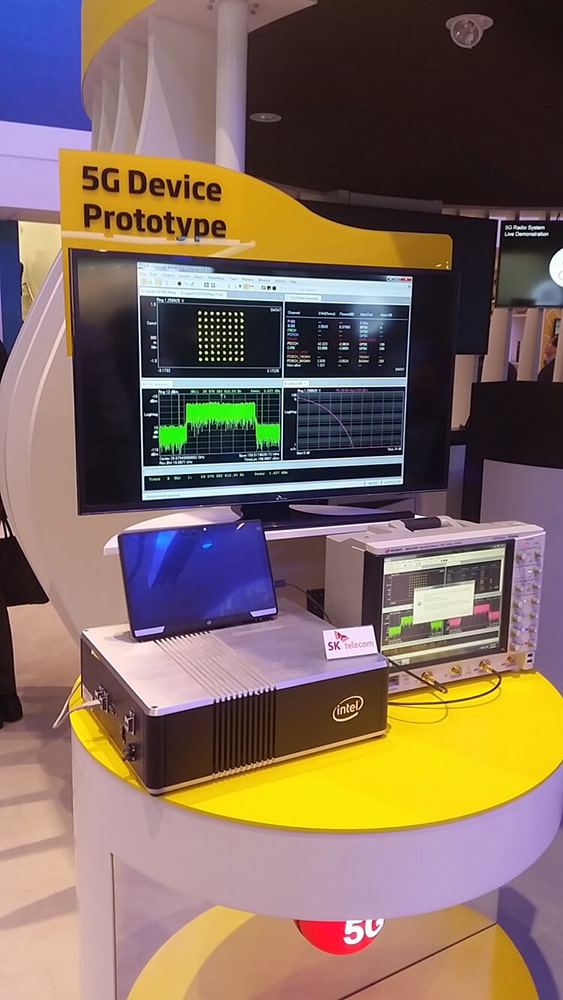 Companies that have been connecting things for years now talk IoT, and it's more than re-branding old technologies into something new and “hip”. It's about the ease of access, both in terms of usage and integration, of these”things” into our daily lives.

Some operators are starting to figure out how to build services around IoT and how to do so successfully using the community and partnerships. One example from MWC is AT&T, which started the AT&T Foundry 2013 to boost IoT innovation. AT&T is now able to showcase a number of different applications, such as container tracking, many of which were made possible by other parties looking to partner with them. The Foundry seems to be working quite well.

While non-cellular technologies have had a head start, perhaps besides GSM for M2M, it's exciting to see the developments in cellular technologies, with IoT-NB and LTE-MTC Cat 0 and Cat 1 devices starting to gain visibility on the market. Now we just need (profitable) use cases turned into services.

More VR Goggles than You can Shake a Stick At

Everything from the dirt-cheap cardboard model to the ostentatious models such as Samsung's Gear VR. I quickly started to run out of fingers trying to count the number of VR solutions being showcased. I even took a roller-coaster ride with the Gear VR which definitely surpassed expectations. No detectable lag and the experience was indeed thrilling. The only thing which broke the illusion was looking down and not seeing my lap/legs.

2016 will be an interesting year for VR. I spoke with one gentleman with experience from one of the key players in the VR industry and his preference leaned towards the Oculus and Gear VR which seems to offer a good trade-off between price and performance without requiring too much of the hardware its connected to.

There is no shortage of predictions on the continued explosion of data consumption and that the major part of this will be from video streaming. Is VR a part of the calculations or can we expect a further increase in video coming from VR solutions? VR technology is starting to mature, so now all we need for fully immersive remote and real-time VR experiences is networks capable of servicing them.

The one that got away.

Unfortunately I read about this after the show; FlexEnable's wrist-wrapped screen as reported by The Verge.

Wearables was less of a topic this year compared to last butcellular connectivity to our wearable gear is what we're all waiting for right?