How to Understand Subscribers' Mobile Behavior and Optimize Investments

The mobile ecosystem has become a major driver of the global economy. In 2014, the mobile industry generated 3.8% of global gross domestic product (GDP), and this number is estimated to grow at a faster rate than the rest of the economy, contributing 4.2% to the world's GDP by 2020 (GSMA Mobile Economy 2015). Behind this is users' appetite for mobile connectivity, or in many cases, just connectivity. The number of global mobile connections is growing at 6.1% per year, and today, there are close to 3.7 billion unique subscribers, according to GSMA Intelligence. This means that more than 50% of Earth's population now has a mobile phone.

This all being said, the demand for mobile data is growing even faster than that. Total mobile data traffic is expected to rise at a CAGR of around 40%; this growth is dominated by mobile video and social networking. The proportion of video traffic has a strong correlation with data throughput in the network. Based on measurements, networks dominated by 2G have less than 15% video traffic, while 4G-dominated networks often have more than 50% video traffic (Ericsson Mobility Report, Feb. 2015). At the same time, studies show that the top 20% of mobile users generate 85% of mobile data traffic.

These are global figures, but the same general pattern applies to almost all mobile operators. They need to know much more detail about where their customers use mobile devices, and how much data they consume — as well as how much data they will consume in the future – to make the right decisions regarding marketing plans, network investments and operations.

Traffic maps, also known as heat maps, are the combined knowledge of subscribers' mobile behavior. Once upon a time, traffic maps were just rough estimates of the traffic load, with the same conditions assumed for areas of a certain type, such as dense urban, suburban and rural. Over time, this information has been complemented with traffic load per cell. With the demand for mobile traffic quickly growing, this is no longer enough.

Now, the questions are focused on which cells are heavy utilized or overloaded, as well as the areas of a cell's coverage that are generating the most mobile traffic. Heat maps can also answer questions like:

The next-generation of traffic maps captures subscribers' mobile behavior in much more detail than do earlier versions. By combining several sources of information, such as call detail records, networks counters, UE agent recordings, social media usage data and detailed mapping data with advanced RF and geolocation algorithms, mobile operators can create a versatile data set with many capabilities. This data set could include temporal traffic distribution that allows time-based trend analyses as well as identification of the traffic environment — that is, whether mobile traffic is generated indoors or outdoors, in motion or stationary, and the amount of traffic per building. It is also possible to do traffic segmentation based on device type and subscriber type. Which parts of the network have low performance, and why? 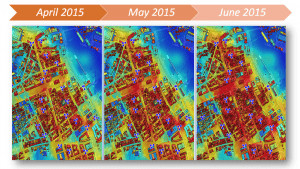 Figure 2: Identification of evolving hotspots through traffic trending is one of many use cases enabled by the Traffic Maps as a Service offering.

In all, next-generation traffic maps allow mobile operators to optimize network operations and investments based on subscribers' behavior, in order to serve them even better. What's more, customers reward mobile operators that provide reliable and fast mobile connectivity where they need it by becoming more loyal and by using their mobile devices more often. This will continue to drive the mobile traffic growth and the need for more accurate views of network traffic.

To make this viable for all mobile operators, InfoVista has developed cloud-based Traffic Maps as a Service offering, which allows mobile operators to start using next-generation traffic maps without significant investments up front. If you are interested in learning more about this topic, I invite you to visit InfoVista's website.

Mrs. Wastegård serves as product marketing manager for mobile products at InfoVista. She joined the company following the Mentum acquisition in 2012. At Mentum, Mrs. Wastegård was responsible for coordinating cross-portfolio activities. She has extensive experience in product management and development of wireless planning products and services. Her career began at Ericsson, where she worked within the geodata area and also led a team that developed the company’s network planning methodologies. For 10 years, Mrs. Wastegård had a prominent role as product line manager in which she was responsible for developing the TEMS planning products, CellPlanner and LinkPlanner, at Ericsson. Mrs. Wastegård is located in Stockholm, Sweden. She has more than 20 years of experience in the telecommunications industry and presents at various industry events globally.