GEN14: How Mature is Your OSS? Are You Ready to Assure Dynamic Network Services and handle the transition to Virtual Network Functions?

OSS is sexy. That is, according to Ray Le Maistre of Light Reading. That comment likely elicited one of two reactions from readers: surprise at the statement's absurdity, or appreciation that OSS may finally be getting the attention it deserves.

Whatever your reaction, it's clear that we are experiencing one of the most exciting technology evolutions our industry has experienced in the past 20 years. As network controllers are being introduced in various network domains, and network functions are let loose from the bonds of ASICs and network equipment, the boundaries of OSS functions — e.g. network management, service delivery, service fulfillment, service assurance and customer care — are becoming far more difficult to identify. In that context, it is mandatory to ensure that the technology evolutions we introduce in our networks will not be deployed at the expense of customers' service quality. As network technologies increasingly rely on an IT stack, CSPs' network and IT operations teams must learn to work together and cooperate in what BT calls the Third Way. The network services innovations that NFV and SDN are offering us are well summarized in the MEF Third Network whitepaper, describing their Network as a Service (NaaS) vision, which should shape CSPs' networking technology evolution for the next decade. 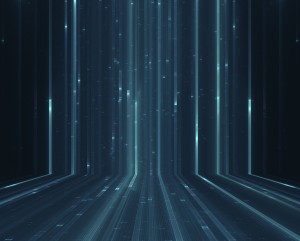 While NFV/SDN technologies are revolutionary, CSPs' operations will not align with a big bang transition. To better understand the operations management challenges sparked by NFV or SDN, one must look back at the wave of virtualization that took place more than a decade ago in x86 and Unix-based computer systems. At the time, IT departments were running data centers under capacity — sometimes at just 15 to 20 percent — and began virtualizing system after system to maximize their utilization and reduce back-end costs like HVAC systems, power and space. As the ability to implement new virtual systems became even easier, IT departments were suddenly faced with the challenge of virtual server sprawl. Because a new virtual machine could be spun up in minutes or even seconds, IT departments were soon managing more than twice the number of systems that they previously had, trading their gains in operational efficiency for increased management complexity and costs.

It would appear as though the entire CSP industry is about to experience a similar situation as IT departments did when virtualization became more popular — one that CSPs must also learn from.

Standardized information models, flexible solutions, service models and standardized APIs are the foundation for a real-time OSS approach that would allow the introduction of innovative network controllers and orchestrators while also managing customer's service quality expectations. This was reiterated by Colt at the OSS in the Era of SDN & NFV event this week in London, arguing that end-to-end service quality measurements will remain a reference for SDN controllers and NFV orchestrators introduced in various networks.

When it comes to service assurance and performance, in particular, Infovista has examined the transition from today's physical network function-dominated environment to the future of NFV and SDN. To learn more about these steps and to get a first-hand look at Infovista's Service Assurance Maturity Model, I encourage you to join me at the Metro Ethernet Forum's GEN14 event later this month and attend the panel, “Assuring Service Performance and Quality over Virtualized & Dynamic Networks”, on November 19th. During this panel, we'll discuss service assurance needs from both CSP and OSS perspectives with Cox Communications, CENX and Spirent. I look forward to seeing you there and invite you to contact Infovista if you are interested in setting up a meeting at the show!

Mr. Doussau de Bazignan is responsible for InfoVista’s market research, product marketing, and analyst relations and network performance management product strategy. Mr. Doussau has worked in the software industry for 17 years and has a background in both product marketing and solution consulting. He has significant experience in telecommunications and OSS/BSS, and is passionate about the industry’s innovations and market transitions. Mr. Doussau received a master’s degree in software engineering from ENSSAT in France.