Asked to think of CB radio, you’d be forgiven for picturing a sunburnt 1980s truck driver ‘10-4’-ing on a walkie-talkie as he hurtles down Route 66. But the world of Citizens Broadband Radio Service - or CBRS, along with the priority access licences (PALs) that supports it – is resurfacing decades after it was popularised, and its new applications could far exceed those of yesteryear’s lone truckers.

Earlier this month, the Federal Communications Commission (FCC) announced that 91% of the 70MHz spectrum made available for auction in the USA had been purchased. This CRBS PAL auction generated $4.5 billion from the 3.5GHz band spectrum. A total of 228 bidders from a range of industries won 20,625 of 22,631, or more than 91.1% of available licenses.

According to an article recently published by the Private-LTE community, CBRS (often known as ‘Band 48 CBRS’) is ideal for Private-LTE (long-term evolution or 4G) in the US, and they list these specific benefits in the same piece:

And where 4G goes, 5G follows: this CBRS frequency band will also be ideal for private 5G deployments.

For 4G and 5G alike, companies operating in sparsely populated geographical areas with poor coverage from third-party networks will be looking to private networks to aid their internal communications.

In this blog post we’ll see why, as we look at:

For a comprehensive view, we’ll return to the Private-LTE community and visit 5G.co.uk, before concluding with our own recommendations on planning and testing.

Let’s start by reproducing the rest of the above article from the Private LTE community, which explains why the CBRS opportunity is unique:

Band 48 CBRS is a great technology for the wireless communications industry specifically within the USA. This technology is available today, just when data growth is inevitably exploding through the new trend of technologies and data-hungry applications.

The concept of having a private LTE as easy as a WiFi network and free of charge will likely change the market for LTE and cellular systems generally. We will shift from having a couple of nation-wide networks to a massive collection of small-scale LTE networks.

The Band 48 CBRS (Citizens Broadband Radio Service) is often referred to as the private LTE. It is the frequency band of 3.5GHz, operating in the LTE spectrum in the United States.

LTE was designed to work across a wide range of frequency bands (450 MHz up to 3.8GHz) referred to as E-UTRA. 4G LTE technology is capable of supporting two modes of communication, FDD (Frequency Division Duplex) and TDD (Time Division Duplex).

Behind Band 48: How It All Started

Introduced by the FCC, CBRS defines new ways to use the 3.5 GHz band in the U.S.

The 150MHz were taken from the two LTE bands, the 42 (ranging from 3550 to 3660 MHz) and 43 (ranging from 3660 to 3700 MHz). The CBRS with a band total of 150MHz has been allocated and made available, as the name implies, to “citizens” with lower power resources. The entire spectrum for bands 42 and 43 now belongs to CBRS, which is also referred to as Band 48. This frequency band is perfect for services that require ultra-high resources, and it could be a roadmap to 4.9G and 5G technologies [see below] deployment.

The CBRS spectrum sharing rules were defined to support wireless access to the general public, but also to protect incumbent users from interference. These rules are crucial, because band 42, and 43 are already being used by the US Military and Navy.

The CBRS framework is organized into three tiers that follow a hierarchical order. This model helps to create new opportunities regarding the use and distribution of wireless access

The first tier is where Incumbent systems are placed. These are systems such as Navy RADARs, US Military, Satellite Stations, etc. This tier has priority on the entire 150MHz (over the lower tiers), but it does not always use the entire band at every location.

The second tier is where priority access devices are placed, this tier is referred to as the Priority Access License or (PAL). This tier offers a non-renewable 3-year license paid to the FCC, to use a 10MHz channel within the 3500-3650MHz portion of the entire band, in a limited geographical area. The license of PAL gives priority over the Tier 3.

And finally, the lowest tier (tier 3) is referred to as the General Authorized Access (GAA). The GAA is a dynamic allocation of 100MHz channels within the entire band (3500-3700 MHz). The idea is that

GAA allocates dynamically, so that it does not interfere with the Incumbents or PAL. In other words, the GAA users use the available spectrum that is not occupied by higher tiers. From the 150 MHz, 80-100MHz are available for the GAA or “Private LTE” – WiFi-like authorized devices.

Band 48 CBRS will likely be used in private and geographically restricted LTE deployments, which is much better than WiFi.

Mobile broadband internet providers (PALs) can use Band 48 to deploy Public LTE Networks and extend and improve their service. To do this, they’ll need to install LTE hardware for Band 48, such as indoor, outdoor antennas, and wireless gateway. Other PALs will likely use private LTE on industrial IoT applications.

Companies can also use an LTE Base Station hardware with Carrier Aggregation with other LTE bands to improve the overall capacity. In this deployment, another band is considered the main one, and band 48 is used to support wider transmission bandwidth.

For a review of how 5G networks fit into this expanding picture, let’s turn our attention to a blog post published by 5G.co.uk earlier this year, which covers the basics:

Also known as a local or non-public 5G network, a private 5G network is a local area network (LAN) that will use 5G technologies to create a dedicated network with unified connectivity, optimized services and a secure means of communication within a specific area. It will deliver the speed, latency and other benefits promised by 5G to support next-generation applications.

As 5G will build on 4G and 4.5G LTE technologies, private 5G networks will build on the private LTE networks that have already been deployed, many of which utilize 5G-ready equipment

What are the advantages?

A 5G private network will be dedicated to the owner, independently managed and easy to deploy.

However, there are some key advantages 5G will have over technologies available today.

Wireless: A 5G private network will eliminate the need for wired technologies like Ethernet. Not only are they costly and bulky, they are impractical for connecting large numbers of small devices or in a dynamic environment where people, devices and equipment are on the move.

Network slicing: A key feature of 5G will be the ability to create multiple virtual networks that can be customized and optimized for the specific service and traffic that will use the particular network slice. In the context of a private 5G network this means that the network can be optimized for the needs of the user and the different uses within the network.

Control: Provisioning a 5G private network will be done in-house so the owner of the network will have complete control over every aspect of the network, such as security (more below), how the various resources are utilised, and what actions have priority so that mission critical devices (and the data they transmit) are prioritized over less important ones.

Latency: 5G will have far lower latency than current cellular and wireless technologies, which will enable real-time communication between devices, a crucial factor in applications such as public safety or robotic motion control.

Bandwidth: The superior bandwidth of 5G will allow vast quantities of data to be transmitted over the network, with simultaneous uplink and downlink communication with a huge number of devices.

Security: A private 5G network will be more secure than current technologies because the network operator will be able to set up its own security policies rather than relying on an outside provider. It will also enable data to be stored locally, i.e. on the premises. In a world where data breaches and cyber-attacks are a regular occurrence and data protection regulations are being tightened, the security angle could be a key selling point, especially for those with sensitive data and commercial intellectual property and for those operating mission-critical applications. 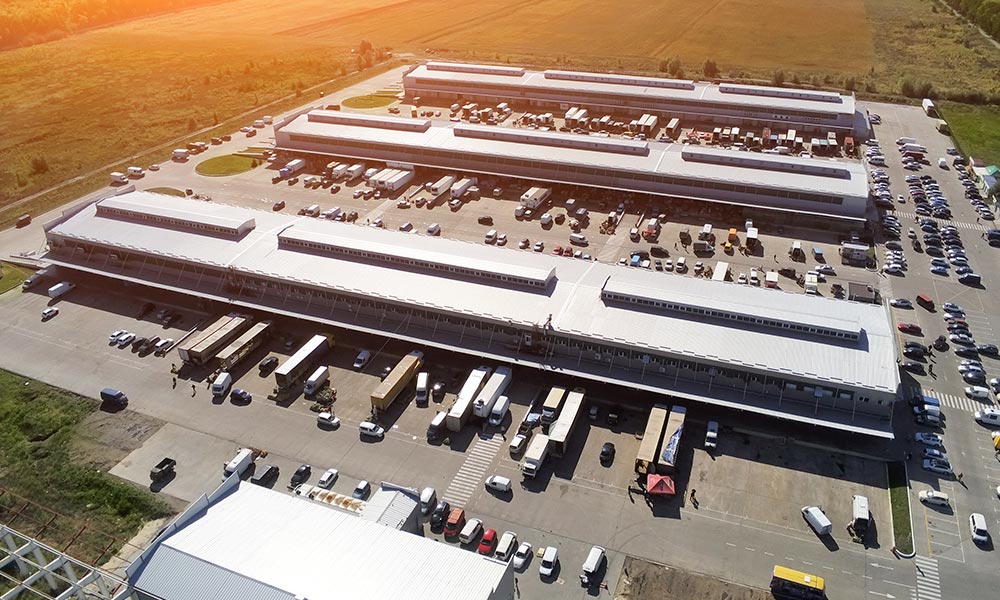 The background and benefits should now be clear.

Well, reliable new parts of your network don’t spring up overnight. They must be rigorously planned to avoid disruption to existing infrastructure, then tested for the duration of their life to ensure they’re optimised.

This is where we at Infovista come in.

We’re proud to help anyone that needs to plan or test Private-LTE or Private 5G Networks based on this spectrum.

Infovista is already helping dozens of companies in the US do this – see the breakdown on our US reference map. In many cases, we have helped them verify the leading-edge performance months before anyone else.

Planet enables precise RF planning and optimization based on the most detailed geodata and highly accurate modelling, which are the key to completing your next network project on time and under budget. Among other things, it offers the support for 4G/5G dual connectivity; 4G and 5G fixed wireless access; live data integration; 3D planning; and RF planning automation.

Its sister suite of products, the TEMS™ Network Testing Portfolio, allows you to optimize mobile network quality and application performance by measuring end-user experience. For network operators, TEMS delivers the ability to walk test, drive test, and dynamically analyze service performance under real-life conditions – indoors, outdoors, and around the clock.

To be clear, both Planet and TEMS work on CBRS frequencies and will work from Day 1 in the US.

For those looking to move directly to 5G, our tools support both 5G NR SA and 5G NR NSA variants. Both types of network can be planned for and tested using our tools.

Look out for our network lifecycle automation blog post. Coming soon, it will expand on the themes in this last section.

Julian is Business Development Director in Infovista for the TEMS product line.
He has worked in the telecom industry for 30 years, and has a special interest in Customer Experience and Quality of Service issues.