Has a new generation of tech for cellular networks ever been as widely talked about as 5G? Launched in late 2018 but still awaiting deployment in most markets around the world, the controversial technology has been in the headlines with increasing frequency in recent months.

So, for mobile network operators, the big question is how they can meet customer expectations by getting onboard quickly and smoothly while avoiding disruption.

And it’s a challenge: 5G’s capacity-coverage trade-off means that unprecedented levels of new infrastructure could be needed; infrastructure that must be accurately planned, designed, optimised and tested.

In the interim, could some sort of bridging methodology that uses 4G’s spectrum and infrastructure to support 5G come to MNOs’ aid?

It was with these considerations in mind that I was approached by Telecoms.com, the news and analysis website dedicated to covering breaking developments in the telecoms industry. As Vice President of Radio Engineering Solutions at Infovista, I was invited to share my thoughts on Dynamic Spectrum Sharing, in an article that was published last month.

As we at Infovista release the latest version of Planet, our innovative, market-leading RF planning software and network optimization solution, now feels like a good time to resurface my article, which we reproduce in full here:

With the first generation of smartphone chipsets to support Dynamic Spectrum Sharing (DSS) starting to appear in operator branded, lower cost handsets, the scene is set for a surge in interest in taking 5G from a strategic goal to a revenue generating subscriber base. However, the uncertainty posed by the global health crisis and likely economic backwash are making this transition more challenging than the move to 3G or even 4G networks. The uncertainty and lack of a killer application is causing consternation for mobile operators that are increasingly looking to new technology, more nuanced deployment strategies and progressive business models to advance their respective 5G goals.

According to the recent Ericsson Mobility Report 2020: “The spread of COVID-19 during the first part of 2020 impacted all parts of society globally, including the telecommunications sector. Despite the uncertainty caused by the pandemic, service providers continued to switch on 5G, and more than 75 of them have now announced commercial 5G service launches.” The report also predicts that by the end of 2025, there will be 2.8 billion 5G subscriptions globally, accounting for around 30 percent of all mobile subscriptions at that time.

The more recent GSACOM report suggest that number has risen recently to 85 commercial services while data from Infovista which already provides 5G planning and testing tools to over 200 companies suggests that a further 100 operators are trialling 5G ahead of likely service launches over the next 6 to 12 months.

At present the vast majority of the commercial 5G services currently available are effectively “marketing launch” where 5G is only available in a few select places such as small 5G clusters or cities. The launches show that 5G would provide “continuous” 5G coverage but initially only ‘leopard footprints’ are the reality for most operators.

Many of these 5G deployments are utilising Dynamic Spectrum Sharing, an innovative technology that lets operators take advantage of existing 4G infrastructure and existing spectrum to deliver initial 5G capabilities, without compromising the performance of existing customers. DSS was made available as part of 3GPP Release 15 in April 2019 and is now supported by leading infrastructure providers including Ericsson, Nokia, Huawei and ZTE. With DSS, operators can allocate portions of the 4G LTE spectrum that they are already using to 5G NR allowing users to coexist in the same frequency band/channel at the same time.

At the time of writing, around 75% of our customers are considering DSS – and for good reason. With DSS, operators do not need new sites and can re-use the existing 4G radio/antenna infrastructure. This means that they can avoid spectrum cleaning and will require only minimal coverage re design as existing sites and 4G frequency band are re-used. However, operators will need to consider potential 4G congestion when the volume of 5G traffic does eventually ramp up.

In terms of deployment, DSS allows 5G to be adopted with basically only a software upgrade, while 4G implementation required brand new radio and core network equipment. However, sharing radio spectrum and balancing out usage does require careful planning so that based on coverage and traffic expectations, operators need to predict or estimate three big factors.

The first is answering the questions of where does DSS make sense to implement compared to deploying 5G in its own dedicated spectrum? Next, operators need to understand the capacity and end-user performance impacts on its existing DSS-enabled 4G infrastructure. And as roll-outs proceed, they need to forecast until when DSS will be an efficient way to offer 5G and when the cross over point occurs and it makes more sense to transition to 5G deployment using dedicated spectrum. The bulk of operators are currently running through these testing phases and initial results suggest that DSS has no significant capacity impact on 4G networks at initial deployment – making it a compelling proposition.

The 5G benefits are well understood. As the long list includes improved performance including faster end-user data rate, better spectrum efficiency allowing more capacity compared to 3G or 4G within same spectrum translating in more efficient infrastructure CAPEX and lower latency. However, not all these benefits translate into immediate uplift in ARPU or instant cost savings. One of the biggest pain points of 5G for operators is that the main advantages only occur in long-term by deploying a standalone version of 5G allowing to offer the real promises of new services and SLA. Without tangible benefits it is hard, especially in the tight financial situation, to demand that customers upgrade their devices. This leads to a catch 22 situation where without widespread 5G support in the network few will invest in new devices now.

This means that DSS is fast becoming a critical feature to allow operators to deploy nationwide 5G ‘coverage’ rapidly even if the real 5G performance increases will not be the one promised with long term 5G. With a further round of consolidation within the mobile market looking likely based on the big deals that have recently closed such as T-Mobile and Sprint in the US, and the proposed O2-Virgin Media UK merger; operators are manoeuvring to prepare for the next round of 5G rollouts and to come up with a compelling reason for users to switch. 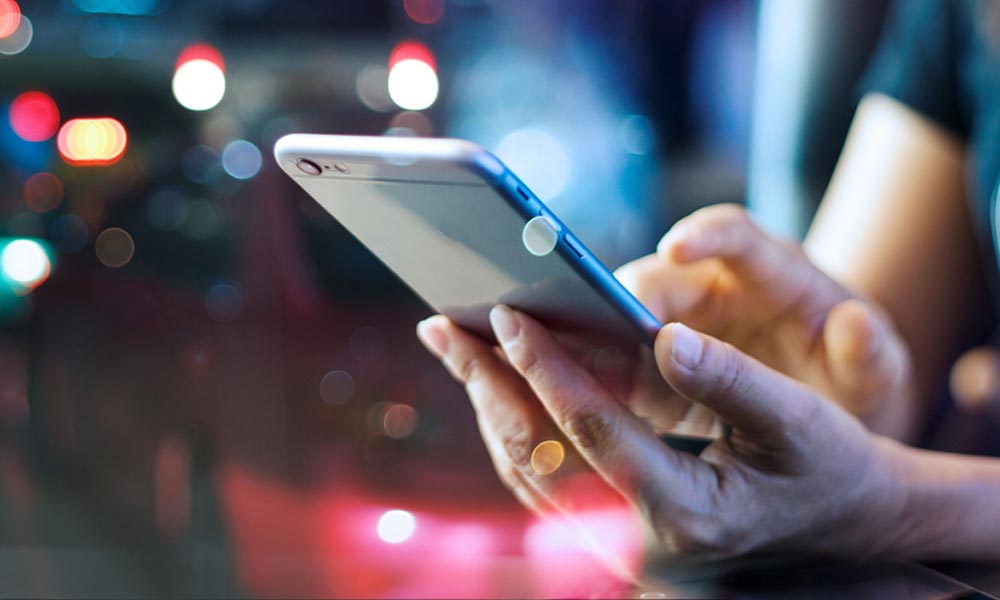 Chicken and the 5G egg

This strategy recently got a boost as the first wave of handsets with new Qualcomm X55 5G modem and Exynos 990 chipsets supporting DSS arrived in the market – further fuelling interest from operators. Operators around the world are now launching branded, lower cost 5G handsets to hopefully kickstart the markets, and the next generation of higher end phones – including the Apple iPhone 12 sporting 5G and DSS support, due out in late 2020 [and just launched by the time we published this piece on our blog] – may further fuel a spike in demand.

Another likely driver may well come from the ongoing increasing demand for home working as businesses start to insist on separate networking connections for home workers that can be controlled and secured without having to get involved with consumer grade home broadband routers and DSL based connectivity. Furthermore, the demand to deliver extremely fast and reliable connectivity at home to satisfy the new WFH rules has never been so high, putting pressure on fixed infrastructure which is expensive to deploy in non-urban areas. In this use case, 5G could offer a compelling alternative with the advantage of immediate high data performance, self-service and wire-free installation.

Talk to our experts about your 5G challenges

Get started
David Nathan
David Nathan is Vice President of Radio Engineering Solutions at Infovista. With over 20 years of experience in the telecom industry, David oversees global product marketing and strategic partnership initiatives for Infovista’s wireless engineering solutions. Before joining Infovista, he held a number of business development, sales and product management positions ranging from large OEMs to startups in wireless businesses including MSI, Mentum, Cellwize, Huawei, and Nortel Networks. He speaks frequently at industry events and has an extensive background on software and wireless communications. David received his Electrical Engineering Degree and holds a master’s degree of science in Digital Communications from Télécom Paris engineering school, France.
Related Posts